A Bengaluru court granted bail to college student Amulya Leona Noronha, who was charged with sedition after raising ‘Pakistan zindabad’ slogan at an anti-Citizenship Act (CAA) rally on 20 February, NDTV has reported.

The development comes only a day after Leona was denied bail after the court observed that she is likely to engage in similar offenses that may hamper peace at large, or may also abscond if released.

“If the petitioner is released on bail, she may abscond or she may be involved in a similar offence, which affects the peace at large,” the 60th additional city civil and sessions judge Vidyadhar Shirahatti was quoted as saying in a PTI report, adding that the bail petition of the petitioner is most likely to be rejected.

However, NDTV quoted Leona’s lawyer on Thursday, who confirmed that the 19-year-old college student has been granted bail. Leona’s advocate, Prasanna R, told NDTV that the delay of the state in submitting a chargesheet in the case beyond the stipulated time meant she was eligible for “default bail”.

The journalism student was in jail since the past three months. 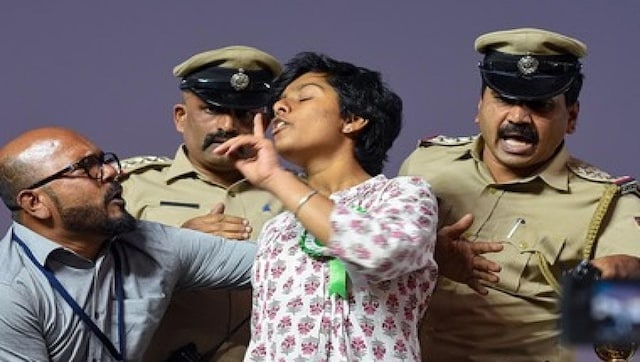 “The default bail application was moved before the magistrate under whose jurisdiction the alleged crime was committed. The chargesheet has not been submitted by the state within 90 days. So default bail has been granted. We had moved the default bail plea on 26 May and again on 29 May when the court told us the earlier mail IDs had been disabled. A physical application was filed on 2 June. The state filed the chargesheet on 3 June,” the lawyer told the publication.

Amulya’s bail plea had been delayed because of the coronavirus-induced nationwide lockdown. The Bengaluru Police did not file a chargesheet against the 19-year-old student during the lockdown, according to The Indian Express.

On 20 February, earlier this year, Amulya had raised ‘Pakistan zindabad’ slogan at an anti-CAA rally organised by AIMIM chief Asaduddin Owaisi in Bengaluru. A case was almost immediately registered against her under Section 124A (Offence of sedition) of the Indian Penal Code.

The organisers had invited her to address the gathering soon after Owaisi came on stage. Later on, Owaisi, who addressed the gathering later, said he did not agree with the woman, whom he described as “so-called liberal”.

In one of her Facebook posts on 16 February, Amulya had hailed all south Asian countries, including Pakistan. She said that every citizen of a country is entitled to basic benefits and rights and that the government is responsible for every one of them equally.

Amulya Leona has been granted default bail by a magistrate court under the provision of CrPc 167(2). The original bail plea, which was heard by the sessions court, was denied on Wednesday.<